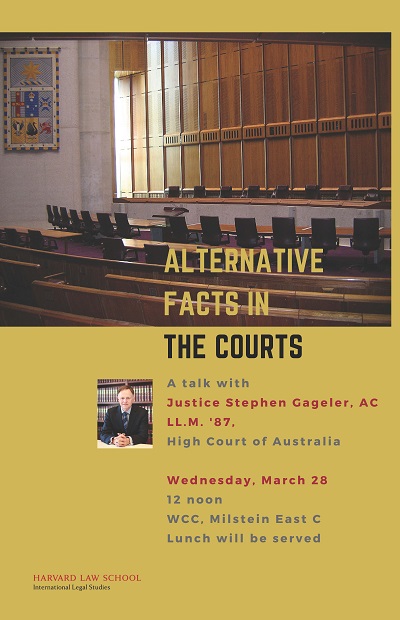 Justice Gageler studied law and economics at the Australian National University before earning an LL.M. at Harvard Law School. After serving as a lawyer in the federal Attorney-General’s Department, he practiced at the private bar in Sydney, where he specialized in constitutional, administrative and commercial law. In 2008, he became Solicitor-General of Australia, the nation’s second highest law officer. He was appointed to the judgeship in 2012, joining six other judges on the highest court in Australia’s judicial system.