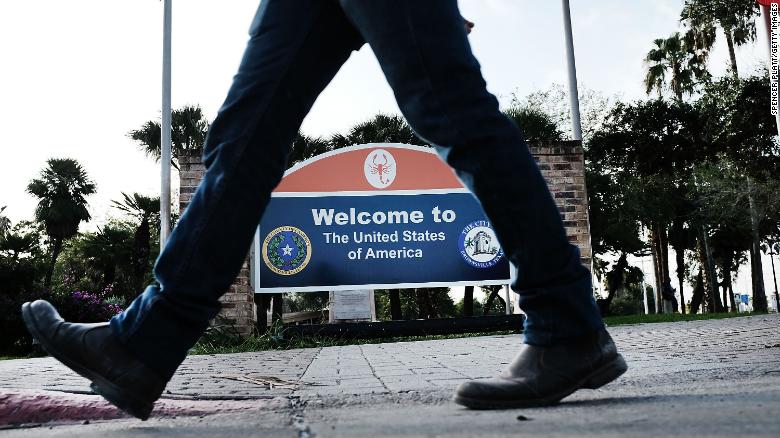 “The asylum ban the Supreme Court has upheld could be a death sentence for people in search of safety and protection. The asylum ban is grounded in an ideology of hatred and xenophobia, and it cannot stand.

“Every person has the right to seek safety: this is a moment that will prove itself infamous when the country turned its back on those it used to welcome and chose to ignore people’s humanity.”

Next week, Amnesty International will travel to South Texas to seek access to the secretive port courts that have been built for assembly-line proceedings for asylum-seekers subject to the Trump administration’s Remain in Mexico policy, under which the U.S. government forces people to stay in Mexico while they ask for asylum in the United States.

Every person has the right to seek safety: this is a moment that will prove itself infamous when the country turned its back on those it used to welcome and chose to ignore people’s humanity
Charanya Krishnaswami, advocacy director for the Americas at Amnesty International USA
Background and context:

Amnesty International has documented the dangers that people seeking asylum face, not just in their countries of origin, but also on their journeys to safety. We have previously found that LGBTI-identifying asylum-seekers from Guatemala, El Salvador, and Honduras face tremendous risks of sexual assault, violence, and harm on their journey north. The ban could mean that LGBTI-identifying people would be forced to seek protection in places where they are at grave risk of harm.

Amnesty International has also found that Mexico’s asylum system is ill-equipped to respond to the number of people who could be forced to seek protection there. Amnesty International’s investigation found that far from providing asylum-seekers safety, the Mexican government instead routinely detains them and deports them into harm’s way. Recent actions by the government of Andrés Manuel López Obrador, including the deployment of National Guard troops throughout the country to crack down on asylum-seekers, have made the situation even more dangerous for asylum-seekers. According to official numbers, Mexico’s deportation numbers increased from 53,747 January to June 2018 to 71,376 in the same period in 2019.

Under the “Remain in Mexico” program, Amnesty International has found that asylum-seekers who are forced to wait in Mexico are subject to grave harm, including kidnapping, assault, and extortion by the very authorities who are supposed to protect them.