HomeMonitoring sales of Dropbox In 30 Minutes 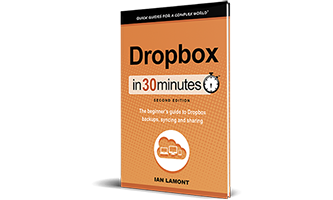