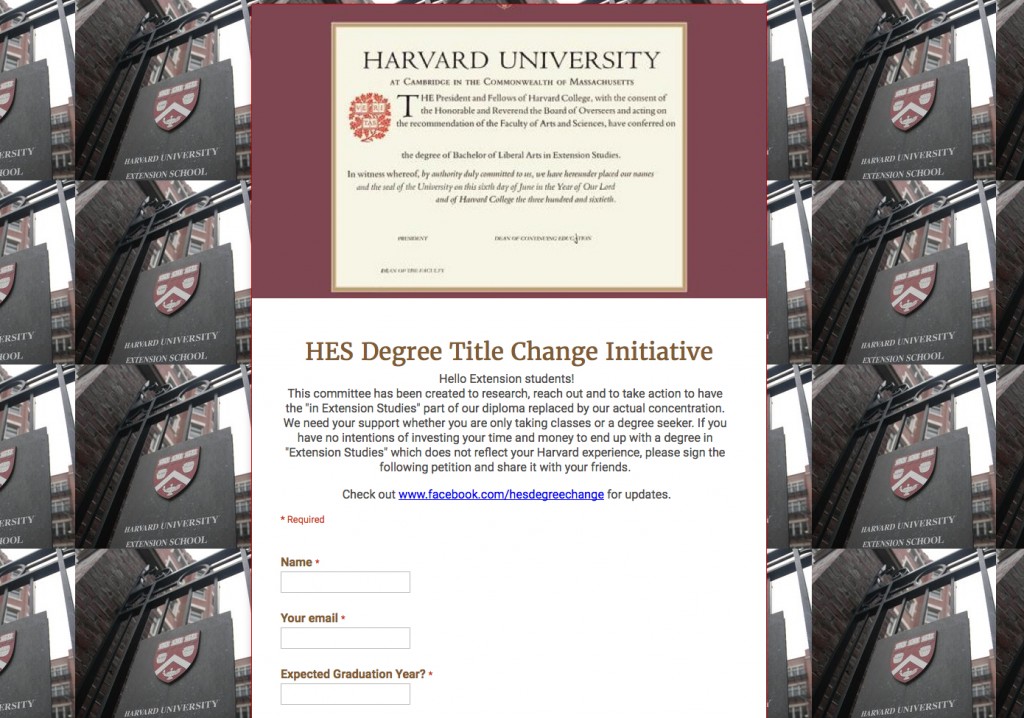 Keep in mind that Harvard Extension School students have been treated as second-class citizens at Harvard for more than 100 years. We put in years of effort to complete our degree requirements, conduct serious research under Harvard faculty, and earn our degrees. Yet Extension School students can’t easily cross-register. Students can’t live in University housing. Students can’t get proper visas. FAS and the rest of the University have no interest in changing the status quo, and I am afraid that the petition will suffer the same fate as similar efforts have experienced in years past — it will be ignored or rejected.