HomeWhen hundreds of Newton families were displaced by the Mass Pike

I’ve been reading a fantastic book on the history of the Massachusetts Turnpike: Building the Mass Pike by Yanni K. Tsipis. Growing up in Newton, this road has been a part of my life since an early age. It was the main road into Boston and west to New York. Walking to and from Newton North High School I would cross over the Lowell Ave. bridge. One summer, I even worked in the Star Market suspended over the Turnpike.

But Tsipis notes the dark side of the Turnpike’s history: From Auburndale to Newton Corner, hundreds of families and small businesses were uprooted by construction, many of whom were bullied by staff and contractors on the way out:

Families whose properties stood in the way of the new highway received only 30 days’ notice to vacate before the Turnpike Authority took title. The extension’s construction displaced some 550 families in Newton. … One irate neighbor cited their ‘terror, nastiness, and insults.’

Nowadays, this type of abuse is not possible when it comes to new construction. That said, one thing has remained pretty much the same: developers always seem to get what they want, no matter what residents say. And once again, it is residents in the north side of the city who feel the brunt of the plans of rich developers like Robert Korff (Mark Development) and their allies in Newton City Hall and the City Council, especially the southside wards (5, 6 and 7). 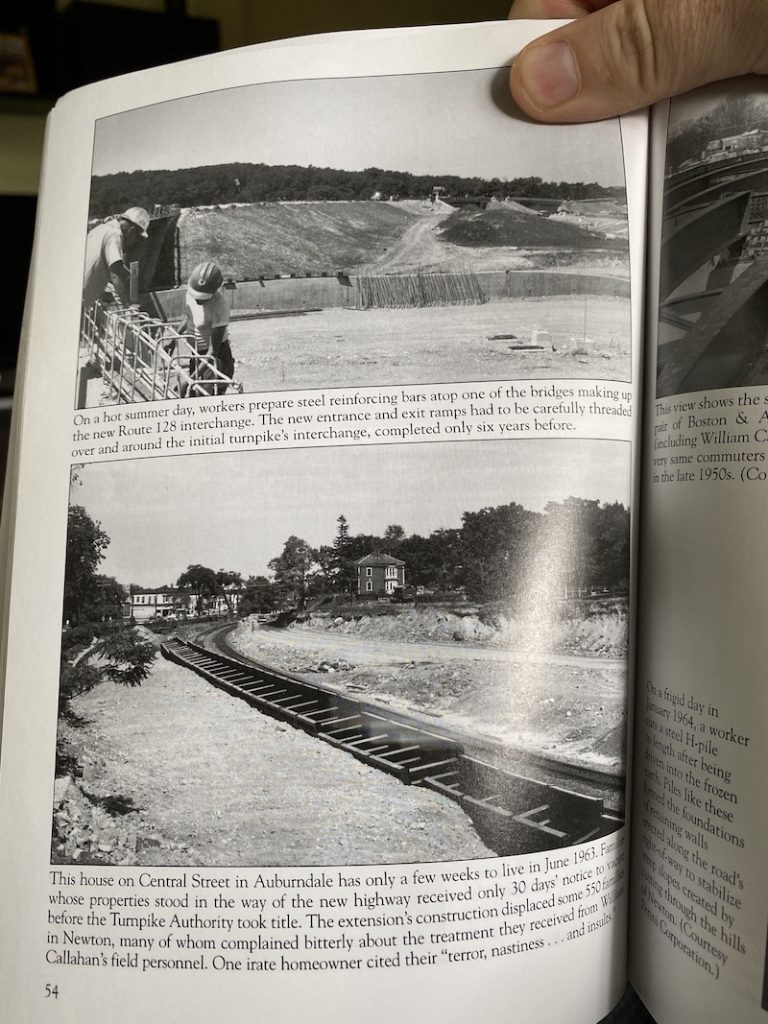