HomeAncestry Survey: Only 53% of Americans know all 4 grandparents’ names

This was a shock: An Ancestry survey of 2,113 Americans published in March found more than half (53%) can’t name all four grandparents.

What could be behind these numbers? Ancestry didn’t say. But looking at pre-COVID survey data from a better source, the Pew Research Center, provides some insights: 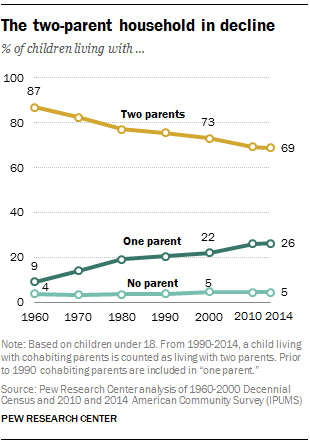 In 1960, divorce was not common, and could even be forbidden by family pressure or religious authorities. Women were more likely to stay at home raising kids, and less likely to have careers, outside of a limited set of professions such as nursing and teaching.

But in the 1960s and 1970s, there was a huge social and family shift that continues today. As the number of “traditional” two-parent families declines – from 87% in 1960 to 69% in 2014 – there are tens of millions of Americans who grow up with one parent. We believe this explains why some children are less likely to know the grandparents from the other side of the family.

The Pew data had another chart that’s worth examining:

In the Pew survey, “two parent” families can include two parents through remarriage, or other parenting arrangements. This means that some children may have more than four grandparents, including step-grandparents. Others may live with grandparents or other relatives, or may live in foster homes and not know any biological relatives.

Family is a complicated topic. Everyone’s family tree includes families that were not traditional, or involved separation, remarriage, adoption, or other special relationships. (We recognized this fact with the creation of some truly unique genealogy charts for adoptees and blended families).

It’s also important to recognize that while families today may not have the same structure of yesteryear, helping younger relations understand family history is a critical mission for any genealogist. Indeed, the Ancestry survey also mentioned that 66% percent of respondents they want to learn more about family history and over half (51%) want stories about when their ancestors were young and what life was like at a moment in time.