My email to former Newton Mayor Setti Warren, dated May 10 2016. This was two days after The Boston Globe Spotlight team (the same group that uncovered the Catholic Church sexual abuse scandal) released a report detailing the decades-long culture of abuse and cover-ups at the Fessenden School in West Newton. Here’s a complete copy of the email:

Dear Mayor Warren,On Sunday, May 8, the Boston Globe published a Spotlight team investigation into pedophilia at dozens of private schools in New England. One of them, the Fessenden School, is located in West Newton. A group of former students have given statements indicating that not only were they victimized by pedophile faculty at Fessenden, but administrators downplayed their reports and failed to report abuse to police and state authorities, as required by law. One of the faculty members, an assistant headmaster at the school, was brazen enough to brag in a message to his Harvard classmates that “my life seems to have been filled with 250 boys each year to … put to bed and to love” while another faculty member proudly displayed a Nazi flag and other Nazi memorabilia in his dorm room. A third was the school psychologist — the man whom some of the victims (as well as other confused or struggling young students) may have turned to for help and reassurance.  Fessenden itself has sent a series of letter to alumni (see links below) admitting that 16 former students have come forward since 2011 to describe their abuse at the hands of “at least five individuals who were members of our community” in the 1960s and 1970s. These numbers do not include victims who reported sexual abuse or inappropriate sexual behavior before 2011 or taking place outside of the 1960s and 1970s.It is important to note that not one person has ever been investigated for abuse of Fessenden students, or charged with any crime. Pedophile teachers may have been able to commit more crimes against children after leaving Fessenden in the 1970s and 1980s. At least two of them are still alive, enjoying freedom while their victims have suffered a lifetime of pain. I have heard that one former student committed suicide in the 1970s, and his classmates believe that he may have been abused by one of these men. Further, there is evidence that Fessenden administrators failed to notify police and state authorities of the abuse when they learned of it. Up until the 1990s and perhaps later, the M.O. of the Fessenden administration was to settle claims out of court.I would like to ask you about what reports, if any, did Newton Police or child welfare authorities receive from students, parents, teachers, or administrators concerning physical or sexual abuse of children at Fessenden’s Newton campus? I realize that state regulations require reports of abuse to be filed with state authorities, but I think it is conceivable that some local residents or students may have first approached the Newton Police.I would also like to ask if the abuse of children, or the failure of private entities (including Fessenden’s administration, board members and legal counsel) to follow reporting requirements falls under any municipal statutes. Finally, I would like to ask your administration to make a public statement condemning the great evil that occurred at the Fessenden School … and offering support to the victims as they seek justice. Sincerely,Ian LamontAuburndale

I never received a reply. There was no acknowledgement. There was no statement condemning the abuse. There wasn’t even a note in his newsletter pointing to the Spotlight revelations. I assume that there was no outreach to the legal department at Newton City Hall, or the Newton Police Department.

We now know that during this time period that Howie Leung, a faculty member at the Fessenden Summer ELL program, was allegedly grooming students participating in the Fessenden program. It apparently started in 2015 with a 13-year-old girl, and was about to happen again in the summer of 2016, according to an investigation that took place several years later. This is despite Fessenden’s repeated promises that it had turned a new leaf and was doing everything to protect children under its care. Quoting former Fessenden Headmaster David Stettler in 2011, the safety of students was the school’s “highest priority.”

Here’s the initial report about Leung in the Concord Monitor, dated April 17, 2019:

When he was a teacher at Rundlett Middle School, Howie Leung wrote a letter to a 14-year-old student that police said was “very expressive and emotional.”

“I love you,” Leung wrote, and admitted, “I was pressuring you and you didn’t want to let me down.”

The letter was written to a former Concord student who Leung is accused of repeatedly sexually assaulting at Concord’s middle school and at the Fessenden School in Newton, Mass., a five-week boarding camp for girls and boys ages 9 to 15. The letter was uncovered as part of an investigation by police in Concord and Newton.

… The report says much of the abuse occurred while she was an unpaid helper at the Fessenden School, which provides an overnight English Language Learning summer program to help students gain skills in speaking, writing and reading English.

The victim said Leung assaulted her repeatedly in his office, in the tunnels of the school buildings where the campers were playing tag, and in her own dorm room, assaulting her approximately 20 times over the course of two summers, the report said. 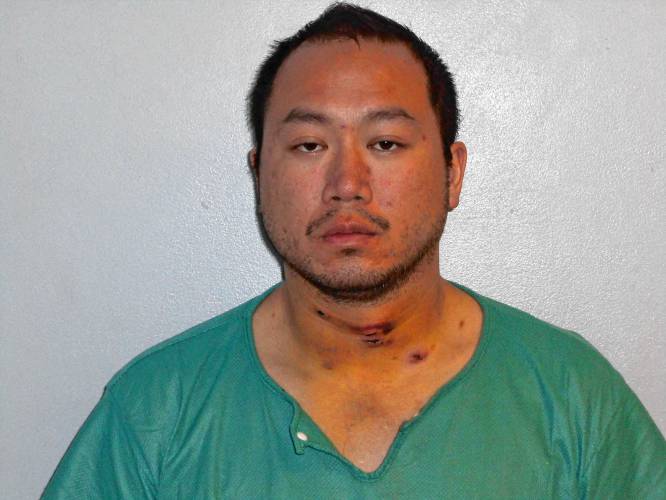 Leung was actually caught, investigated, and charged not because Fessenden School reported it, but because some of Leung’s grooming activities took place near Concord (NH) High School. That school district also dropped the ball, and recently settled with victims. But Fessenden is not party to the agreement:

The experiences of both former students were detailed in an investigative report prepared by attorney Djuna Perkins, who detailed years of inaction by school administrators to numerous red flags and boundary violations between Leung and female students.

In the most recent settlement agreement provided to the Monitor this week and dated Feb. 7, the school district agreed to protect the identity of the former student. The payment was made to the student who witnesses said Leung was kissing in a car near Concord High School in 2018. Despite the school district’s internal investigation, Leung was allowed to remain on the job for three and a half more months before any action was taken against him. However, that report led to Leung’s eventual arrest by Concord Police.

Even though the Concord school district failed to take action for months, investigators in NH apparently notified their counterparts in Massachusetts. In 2019, This led to charges of

I wonder now what would have happened if Mayor Warren had done something in May of 2016, after the Spotlight report came out. Issued a public statement condemning what happened at Fessenden over many decades. Directed his law and police departments to examine relevant statutes, and their historical handling of such cases. Maybe even notified Fessenden that it had to do more to ensure no child under its care would ever experience abuse again.

As far as I know, nothing happened. Which is strange, considering his active participation in the discussions just a few years earlier surrounding Steven Chan, a Day Middle School teacher arrested for child pornography. Here’s how the Newton Tab described his address to concerned parents:

Mayor Setti Warren opened by saying that he had just two things to say to parents.

“Public safety is a priority to this community,” Warren said. “We take it very seriously. I believe that he (Chan) should be prosecuted to the extent that the law allows.”

“I feel confident as mayor that not only will she get a great education, I am confident she’s safe.”

What about the safety of children at Fessenden? Did they not matter?

Or maybe Warren was focused on other things. I’ve written about him before, in connection with reforming Newton’s real estate development, taking control away from city councilors and giving it to a developer-friendly planning department. Over the objections of Newtonville residents and their city councilors, he was instrumental in getting developer Robert Korff of Mark Development what he wanted at the Orr Building on Washington Street in Newtonville, which later became Trio Newtonville. He also made it possible for developer Dinosaur Capital to lease prime land in Newtonville for the equivalent of just over $10,000 per year. Units at 28 Austin Street now require people with incomes measured in the hundreds of thousands of dollars.

His successor, Mayor Ruthanne Fuller, hasn’t once mentioned the Fessenden School even though the Leung case came to light during her first term.

Leung faces trial in Massachusetts in 2023.

To date, Leung has been the only teacher ever charged with abusing children at the Fessenden School, despite decades of reports and the arrest of two teachers in the 1970s for assaults that took place outside of Fessenden. In the 1970s, Fessenden administrators lied to the media and to investigators about abuse on campus by teachers there. At other times, they never reported claims of abuse to authorities. When the older cases came to light in 2011, Stettler claimed the school had changed, but its failure to monitor one of its employees in the years that followed shows it was lip service.