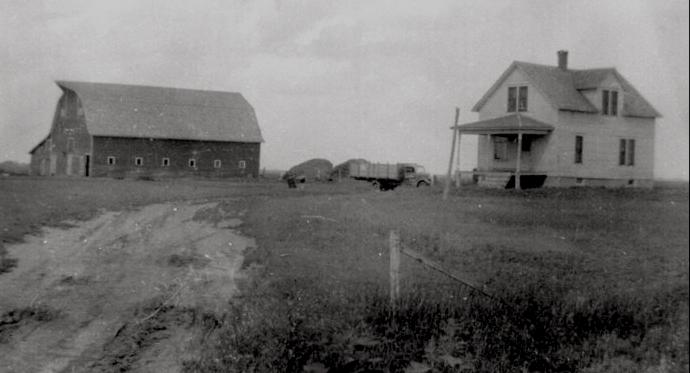 There’s a story in our family dating to the late 1800s. At the time, a maternal branch living just south of the Canadian border was engaged in farming – specifically, the farming of hops, which is used to brew beer. My great-aunt takes up the story, in a hand-written written account that is now part of our family history:

“Raising hops was very profitable at one time in Northern New York which caused my grandfather to buy a farm and take up raising this crop. The farm was in Burke, New York. Unfortunately, there was one bad year. When the price of hops went so low that he was ruined. He had to go back to his original trade.”

I’ve heard variations of this tale that this hops-growing ancestor was a millionaire on paper one day, and completely broke the next.

But it wasn’t the end of the world. My great-great grandfather was able to fall back on his original trade – stonemasonry, which his Irish-born father had taught him. Life went on.

I bring up this tale because much of the world is currently headed toward a deep economic crisis. Inflation. Energy shortages. Stock market selloffs. Wild fluctuations in the supply of certain types of goods. Layoffs.

Sure, it’s worrying. But most people reading this can remember recessions, layoffs, gas shortages, and inflation that was even worse. Before the pandemic, I experienced 3 major downturns as an adult – the early 1990s recession, the 2000 dot-com crash, and the 2008 financial crisis. I have childhood memories of the 1970s oil embargoes. A few readers may even recall the darkest days of the Great Depression, when the unemployment rate hit nearly 25% and Social Security wasn’t yet available.

We’ll get through it this time, just as we did back then.