HomeWest Newton traffic is a disaster 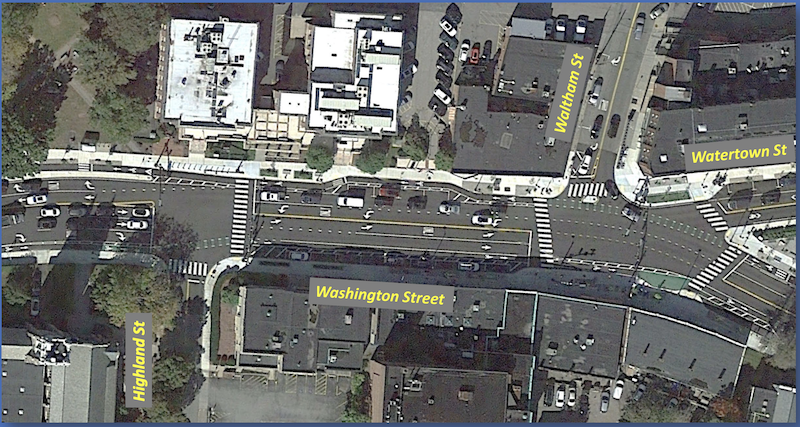 Increased volume is a factor, as are bad driving habits, and technology platforms like Uber and Google Maps that route drivers through the area. But I believe the traffic reconfiguration that introduced bike lanes in West Newton Square and reset the timing of traffic lights in recent years is also part of the problem.

Case in point: 3 accidents in 36 hours at a nearby intersection, where Watertown street is bisected by Eliot Ave/Eddy Street, about a quarter-mile away from West Newton Square. Someone – a pedestrian – was apparently struck. A stone fence was destroyed. I grew up in the area and have family there still. While accidents have happened in the past, they were never this frequent. Local residents have taken matters into their own hands with “Slow Down” signs and other warnings to pedestrians: 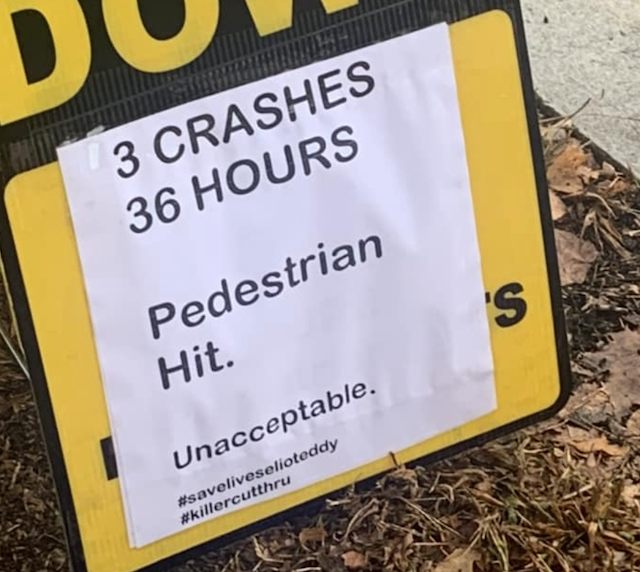 The city has since introduced rubber poles on Watertown Street as “traffic calming” measures to slow drivers. But it doesn’t address the root cause.

If distracted drivers and poor driving were the root causes, we would be seeing similar clusters of accidents all over the city. So what’s happening at this intersection?

In a nutshell, more people are using Eddy/Eliot as a cut through to avoid West Newton Square where Watertown Street meets Washington Street, and connects with Chestnut Street, Elm Street, Cherry Street, and Waltham Street.

There are similar detours all around West Newton Square. Webster Street. Auburndale Ave and River Street. Adella Ave. Hunter Street. Eden Ave. Some of these ‘shortcuts’ are used more than others, but it derives from the same truth: people do not want to drive through the West Newton traffic mess.

Local residents noticed the situation getting worse during the pandemic after West Newton traffic was reconfigured to include bike lanes, new traffic light timings, and lanes for cars that force drivers to weave a path through Washington Street as they go through West Newton Square. Quoting West Newton Ward Councilor Julia Malakie from a newsletter in October 2021:

‘One of the most frequently mentioned concerns I’ve been hearing as I knock on doors in West Newton is the reconfiguration of traffic in the Square. “I hate it,” “I avoid West Newton Square now,” and “why are there so few bikes using the bike lanes?” are representative comments.’ 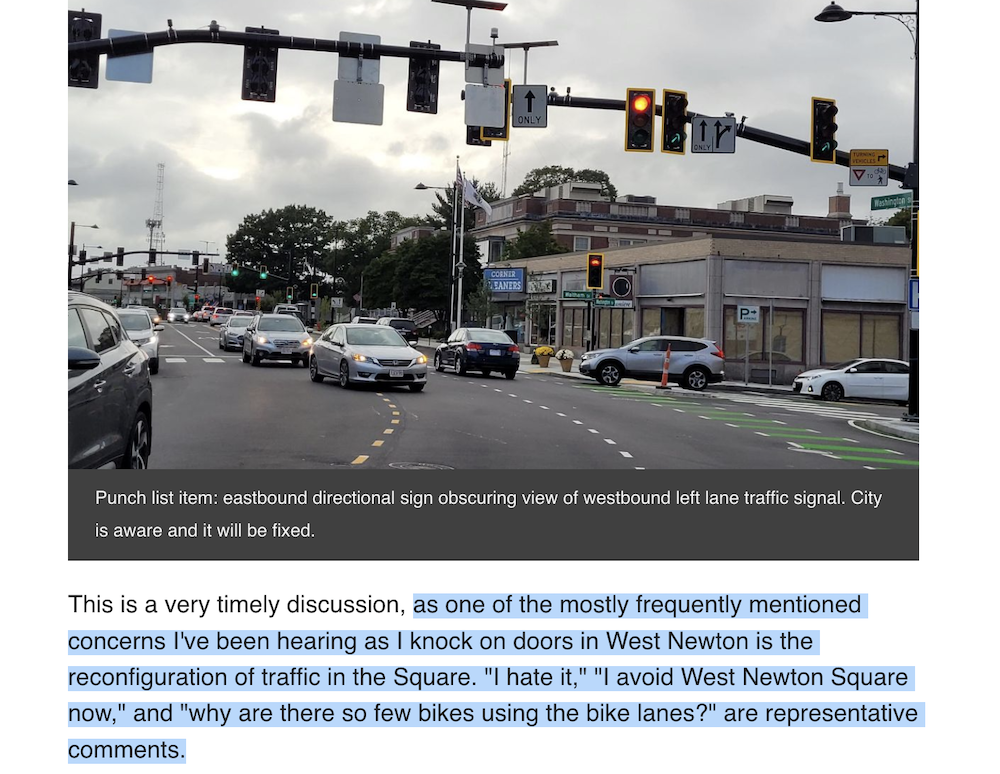 Malakie and other West Newton (Ward 3) councilors are raising concerns at City Hall. There are meetings and public comments are solicited. I’m not confident the situation will change, though.

As we’ve seen in the past, successive Newton mayors have been focused on prioritizing the demands of developers and small groups of activists over the input of northside residents and local businesses. They only relent when the outcry is too loud to ignore. Quoting “Newton Pulls Plug On Bike Lane Pilot On Washington Street” in the October 19, 2020 Newton Patch:

Earlier this month, the city removed some 200 parking spaces for a bike lane pilot east bound on Washington Street. Now the spaces are back and the pilot never kicked off, according to the city.

The spaces were removed at the beginning of the month along the Mass Pike side of Washington Street between Sullivan Tire in West Newton and Lowell Avenue in Newtonville as a trial designed to last a few months, according to city officials.

Local businesses panicked, as parking for their employers and customers was removed. According to the article, councilor Alicia Bowman from Ward 6/Newton Center had some role in the plan for bike lanes replacing parking on Washington Street in West Newton and Newtonville, but distanced herself from the plan after people complained (“I don’t think they anticipated the level of angst from the business community”). The Chamber of Commerce, usually a fan of Mayor Fuller’s pro-development policies, criticized the city:

What happens now? There is a city website to track West Newton Village enhancements. The city’s presentation on October 20, 2022 about West Newton traffic flows states its goal is to “Maximize Safety and convenience for all travel modes.”

The top bullet points under this heading: “Simplify intersections and traffic patterns” and “Accommodate bicycles.”