Handmade and illicitly traded, texts about Western popular music were highly sought after, but forbidden, in the U.S.S.R. They are broadly termed samizdat, from the Russian words for “self,” sam, and “publishing house,” izdat.

Harvard’s collections include hundreds of examples of alternative communication systems, from the primary source materials of the Solidarity Collection at Houghton Library, which was the subject of an earlier post to this blog (Polish Solidarity Tapes Digitized), to a wealth of secondary literature held across at Widener Library, Lamont Library and other locations.

For our part, Isham Memorial Library has two samizdat works about music. Both are about jazz-rock fusion, and both are in typescript format, the classic samizdat transmission method (although if given the opportunity we are not at all opposed to adding some bone music to Isham’s collections, which are already rich in unusual and vintage formats). 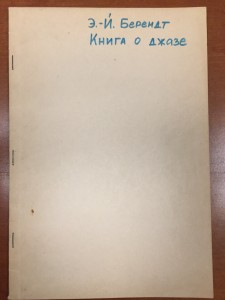 Kniga o dzhaze (the title comes from the manuscript inscription on the cover) is believed to have been created in Russia in or around 1980. It is a photocopy of a typescript of a Russian-language summary of Joachim-Ernst Berendt’s Jazzbuch, a German text about contemporary jazz, with a second section, titled “Will the muses be favorable to mixing?,” that analyzes some of the works discussed by Berendt. Unfortunately a third and final section of this work, “Latin Rock-Romanticism,” is very short, just two sentences long. It contains references to albums by the Mahavishnu Orchestra and Chick Corea. Perhaps the author/copyist of Kniga o dzhaze hoped to write more on this topic. 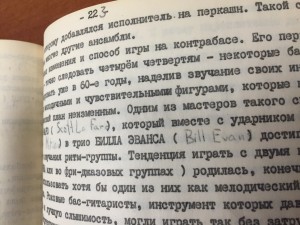 The names of jazz musicians are transliterated into Russian, followed in parentheses by the original English names, handwritten.

Lubomir Dorůžka’s Budut li muzy blagosklonny y fʹi͡uzhn is more securely dated to 1986. It is an original typescript and was created in Novosibirsk. 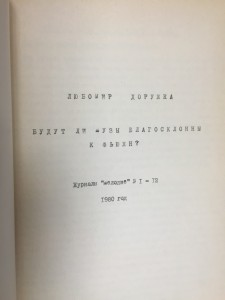 This work is an amplification and translation of a series of articles which appeared in the Czech journal Melodie in 1980. It is very similar to the above in its format (typed on rectos only, featuring handwritten Latin letters for English names) and its subject matter (focused on jazz-rock fusion, particularly Frank Zappa and, again, the experimental ensembles of John McLaughlin, including Mahavishnu Orchestra and Shaktii). 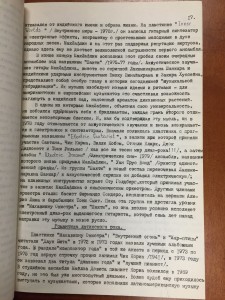 Isham Memorial Library is the special collections library adjunct to the Loeb Music Library. It is a place for the study of rare print and manuscript materials as well as of surrogates and reference works. For more information about Isham, please visit our website.