It’s the season for snow in New England and there is no better time to highlight another new acquisition – a lighthearted song about snowflakes. “Whene’er a Snowflake Leaves the Sky” was composed by Liza Lehmann (1862-1918), a soprano and composer, mostly of vocal works, including many for children. She was the first president of the Society of Women Musicians. 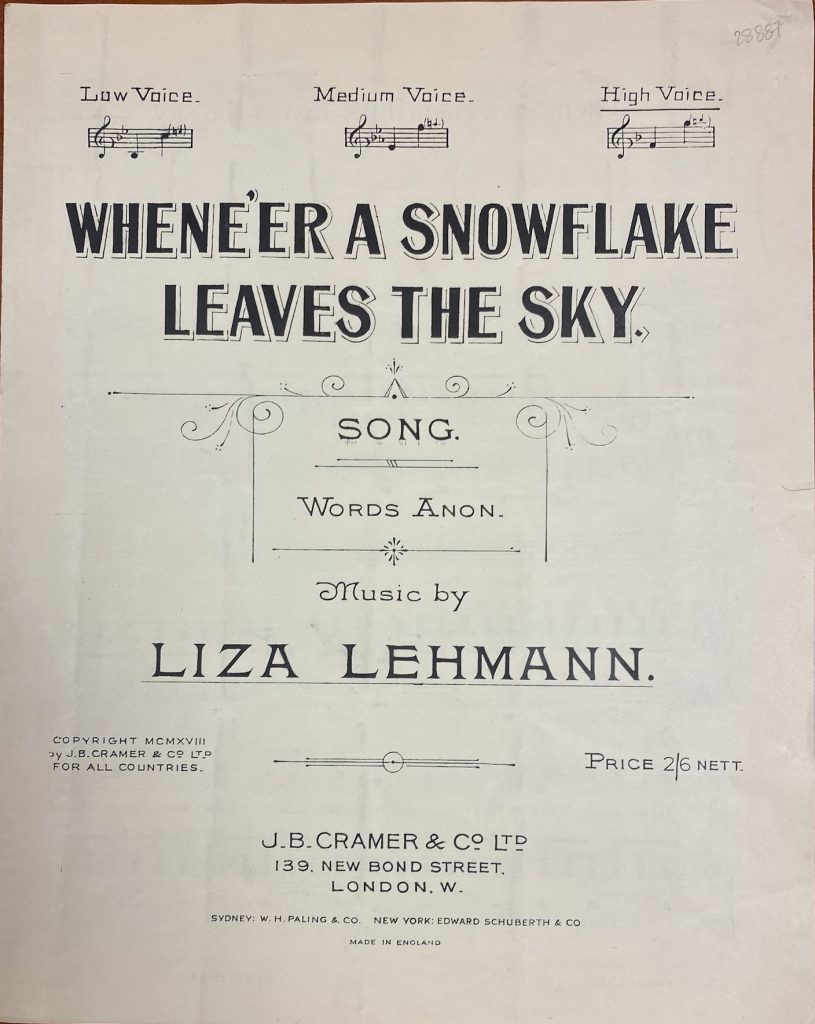 The piece, also known as the “Snowflakes Song”, was included in a publication Three Snow Songs in 1914, with music and lyrics credited to Lehmann as indicated in the Catalog of Copyright Entries: Musical Compositions. Part 3. The Harvard Library copy was published in 1918, with the music attributed to Liza Lehmann; however, the lyrics are attributed to Anonymous. The lyrics are not unknown as this printing suggests, and as such the rest of this post will be dedicated to recognizing the poem and its author. 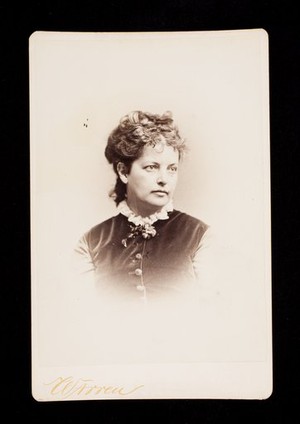 The poem features an individual snowflake as it travels bravely from the sky to its landing place until it melts away in warmer weather. For added entertainment, read the poem below while listening to a performance by soprano Gwen Catley.

Whenever a snowflake leaves the sky

It turns and turns to say “good-bye;”

Then lightly travels on its way.

And when a snowflake finds a tree,

Thou art so bare and lonely, dear,

But when a snowflake brave and meek,

Lights on a rosy maiden’s cheek,

It starts— “How warm and soft the day!

The poem was published in the 1879 book Along the Way, a publication that included poems published for the first time and several that previously appeared in various magazines. “Snowflakes” was again printed in When Life is Young: A Collection of Verse for Boys and Girls in 1894. The poem also appeared in Mary Mapes Dodge’s final published book of poetry, Poems and Verses in 1904, which includes the following author’s note, “This book is, in the main, a republication of a former volume of verse entitled ‘Along the Way’, which is now out of print.”

The popularity of the poem is indicated by its use in other poetry compilations, including American Anthology, 1787-1899: Selections Illustrating the Editor’s Critical Review of American Poetry in the 19th Century and The World’s Best Poetry Volume 5: The Poetry of Nature.

Celebrating the Recorded Music of the Early Arab American Diaspora