HomeGetting Even with Stories 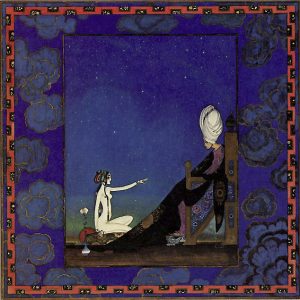 From the New York Times:

And we’re not talking about her role as the blood-spattered bride in “Kill Bill.” We’re talking about a world that is just as cutthroat, amoral, vindictive and misogynistic as any Quentin Tarantino hellscape.

Jessica Chastain responded to Maureen Dowd’s account by tweeting out: When violence against women is used as a plot device to make the characters stronger then we have a problem. It is not empowering to be beaten and raped, yet so many films make it their ‘phoenix’ moment for women. We don’t need abuse in order to be powerful. We already are.

These days, the phoenix moment for many Hollywood heroines comes when they pick up bow and arrows or stockpile an arsenal of guns and steel. Hunger Games and Hard Candy showed us women empowered by their ability to wield weapons and torture men.  (Hitchcock was famously inspired by the words of the French playwright Victorien Sardou, “Torture the women.”)  In Hanna, Joe Wright reinvents Little Red Riding Hood as a genetically modified teenage assassin who reads fairy tales at night and goes out for target practice in the daytime, dressed in pelts. When Buffy, from the popular 1990s TV series “Buffy the Vampire Slayer,” dresses up as Little Red Riding Hood for Halloween, she carries weapons in her basket, “just in case.” And packing heat now seems de rigueur in films ranging from the popular Hong Kong subgenre known as “girls with guns” to Three Billboards outside Ebbing Missouri.

Never mind that women rarely shoot ’em up in real life.  As in times past, women have relied on the brute force of stories to exercise their power. Once upon a time, women did not have many opportunities to broadcast misdeeds. The power of stories was limited to the domestic sphere, to sites of work and play that permitted talk, gossip, chatter, and other forms of verbal improvisation. And even then certain stories—particularly those that featured persecution, intimidation, and other forms of social injustice—were taboo. How could you possibly dare to tell your story? In many fairy tales, we find women who are sworn to secrecy and cannot tell their stories—women who, for one reason or another, fear the consequences of revealing the truth. In a German story called “The Goose Girl,” the protagonist confides in an iron stove (go figure). In the Italian tale, “The Young Slave,” Lisa grumbles and weeps before a doll. Each time, the truth becomes public thanks to an eavesdropper, a male intermediary with the authority to validate and air the facts.

The legendary Scheherazade of The Thousand and One Nights understood storytelling as a practice with the power to transform a culture. To double duty bound, she tells stories not just to save her own neck but also to end King Shahriyar’s reign of terror and change the values of her social world. “I will begin with a story,” Scheherazade tells her sister Dunyazad, “and it will cause the king to stop his practice, save myself, and deliver the people.” Scheherazade’s triple project is ambitious, and she uses the civilizing energy of symbolic narratives not just to arouse the curiosity of the king but also to open his eyes to suffering, social injustices, and the power of compassion. A woman who has read widely in poetry, history, and philosophy, she is “intelligent, knowledgeable, wise, and refined,” modeling for Shahriyar a path that veers away from violence and vengeance.  As an added irony, she is an expert in the art of making things up, but the death sentence hanging over her if she does not “perform” to Shahriyar’s satisfaction is nonetheless very real.

The women capturing the headlines today are not making stories up. They are telling about what happened in their daily lives–a stark reminder that on-screen violence is not so far removed from the horrors of real life.

Our media-rich environment is imperfect, flawed, and full of opportunities for purveying hate speech and falsifying the news. But it has a powerful upside in offering outlets for storytelling and breaking the culture of silence imposed on victims. Scheherazade begins as a victim, but the arc of her story takes her to a position enabling her to speak and become a double agent, liberating herself from a death sentence and saving others from her fate. Transcending the limits of a narrow domestic space through her expansive narrative reach, she embraces bold defiance as she puts her high-wattage stories in the service of a social mission.

One thought on “Getting Even with Stories”