The story of rebirth through destruction, of course, has roots in many mythological and religious traditions, not least of which is the deluge in the Hebrew Scriptures. According to these Scriptures, God’s covenant with Noah promised never to destroy the world again as Noah and his descendants began civilization anew. On this hand-drawn map, Mary G. MacDonogh—about whom we know little—combines modern cartography and biblical geography. She places Noah’s descendants on a map that includes longitude and latitude lines and contemporary place names. Near the middle of the map, for instance, we can see Eden, or “Paradisus Adami,” which MacDonogh labels “nunc Sinus Persicus” (now the Persian Gulf). The pattern of destruction, renewal, and propagation that this map visualizes from the Hebrew Scriptures describes one dominant pattern for understanding the meaning and aftermath of disaster.

Mary G. MacDonogh, “A map of the most ancient Asia: shewing the propagation of mankind restored after the great deluge …” (after 1816) 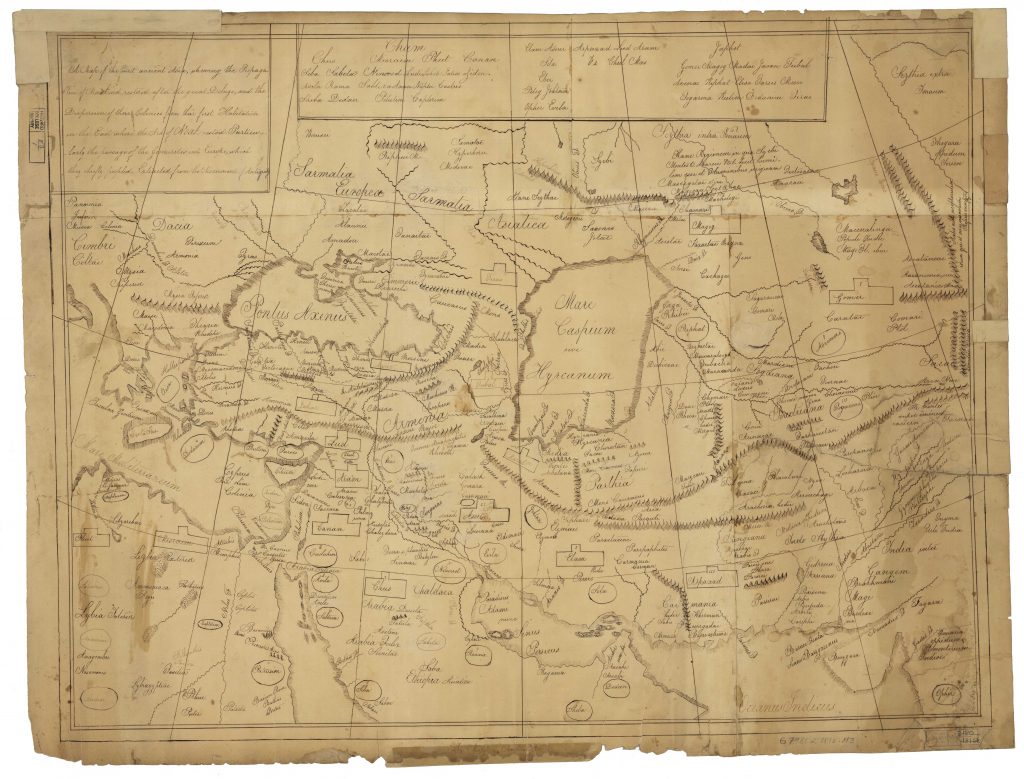 “And every living substance was destroyed which was upon the face of the ground, both man, and cattle, and the creeping things, and the fowl of the heaven; and they were destroyed from the earth: and Noah only remained alive, and they that were with him in the ark. And the waters prevailed upon the earth an hundred and fifty days. And God remembered Noah, and every living thing, and all the cattle that was with him in the ark: and God made a wind to pass over the earth, and the waters assuaged….”