A hybrid between a natural and a man-made disaster, the Johnstown Flood’s destruction has only been matched by the flooding from hurricanes in Galveston, Texas and New Orleans, Louisiana. When the South Fork Dam failed on the afternoon of 31 May 1889, a wall of water that ranged between thirty-five and seventy feet tall moved at forty miles per hour toward Johnstown, PA about eight miles away and fourteen miles upstream. The unstoppable water carried the town and everything in its way in pieces until the arches at the stone railroad bridge outside of town stopped the debris. This gathering—forty-five acres of houses, trees, animals, machines, and hundreds of people all covered in oil—then caught fire. Between the flood and fire, 2,209 people died and about 2,000 buildings were ruined. 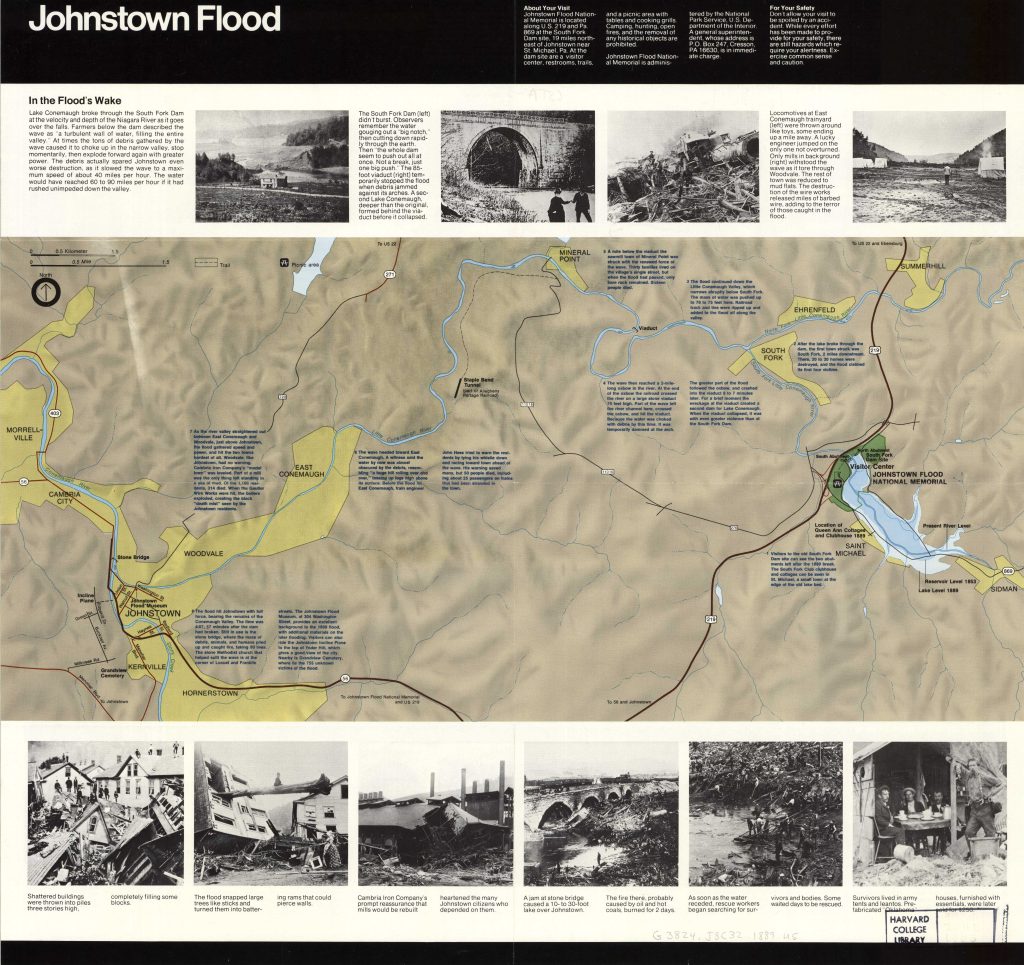 Novelist, autobiographer, and ethnographer, Zora Neale Hurston (1891-1960) published Mules and Men (1935) in the three years between her first two novels. Hurston uses the narrative of her own travels in Eatonville, Florida and New Orleans, Louisiana to link the stories she gathered to create this collection of African American folklore. In this tale, a man named John enters heaven after the Johnstown flood and tries to tell everyone of the experience he just had. The comparison here reveals the mythological proportions that the flood had taken within forty years.

Way after while he went over to Ole Peter and said: “Thought you said everybody would be nice and polite?”

John said, “Naw. Ah jus’ walked up to a man as nice and friendly as Ah could be and started to tell ‘im ’bout all dat water Ah left back there in Johnstown and instead of him turnin’ me a friendly answer he said, ‘Shucks! You ain’t seen no water!’ and walked off and left me standin’ by myself.”

“Was he a ole man wid a crooked walkin’ stick?” Peter ast John.

“Did he have whiskers down to here?” Peter measured down to his waist.