Between 1972 and 1975, nearly 200,000 people died of starvation in Ethiopia during a years-long drought in the northern provinces of Wollo and Tigre. The famine was not, however, simply a result of the drought. The Haile Selassie’s government ignored and suppressed information about starvation in Wollo [Welo on these maps] and Tigre; and international aid organizations, wanting to preserve good relations with a friendly government, ignored troubling information about starvation. By the time junior UNICEF officials leaked a report to British journalists in 1974, famine had killed over 100,000 people and was spreading south.

Even as Ethiopians suffered from famine, the United Nations Economic Commission for Africa—whose headquarters are in Addis Ababa—focused on improving “rural development.” Through these efforts, they aimed to improve national infrastructure and to reform land tenure systems that contributed to starvation by removing trees and planting only the most lucrative crops. Published at the exact time that governments and agencies suppressed information about the famine, these maps make tangible the social and natural conditions of such disasters. 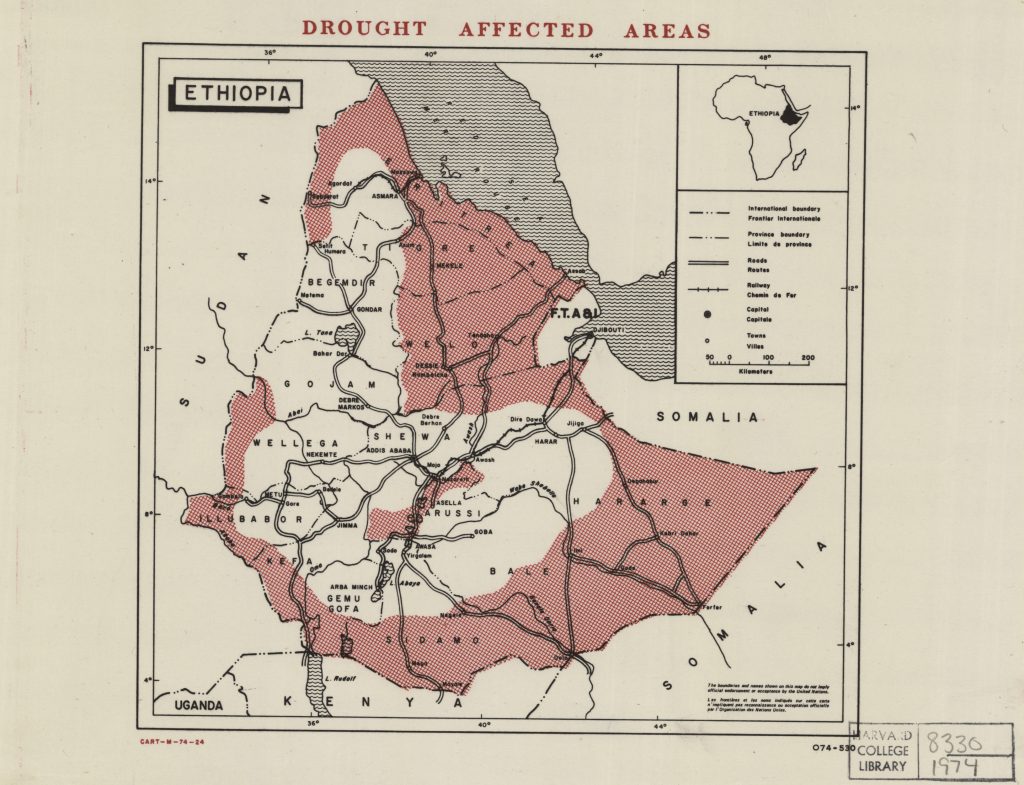 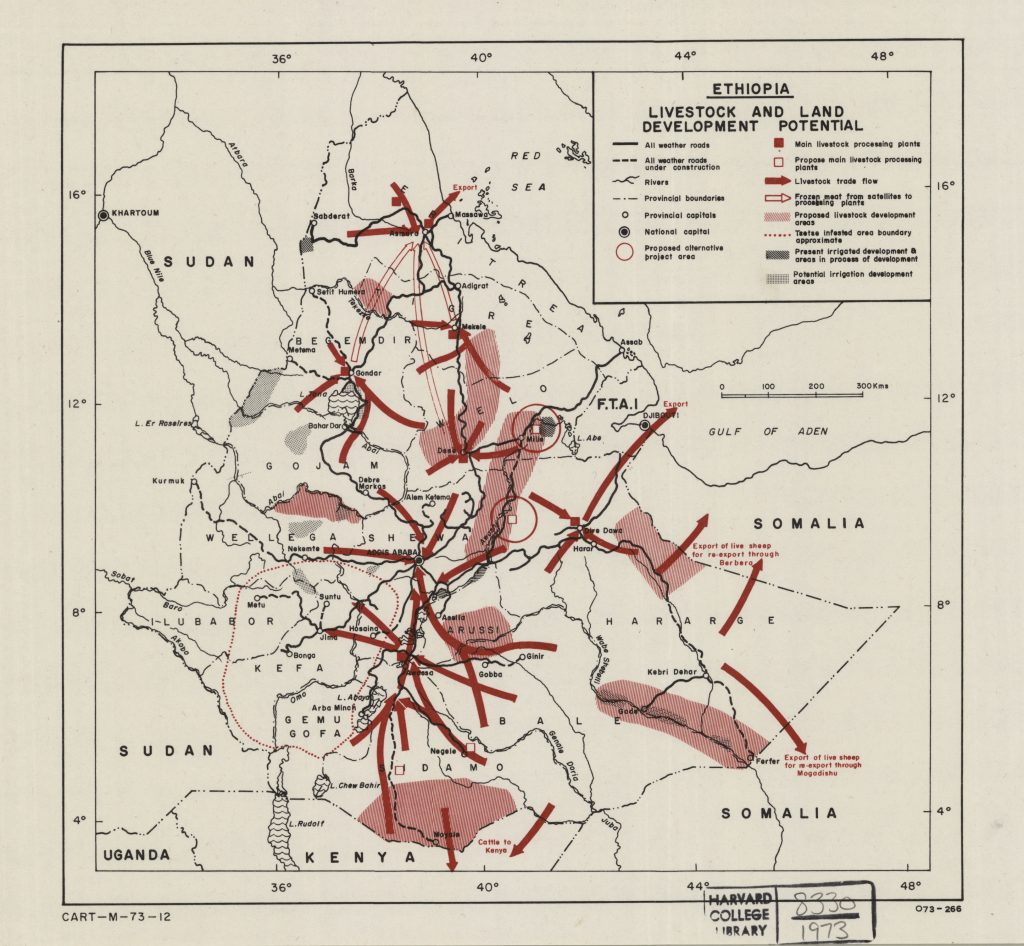 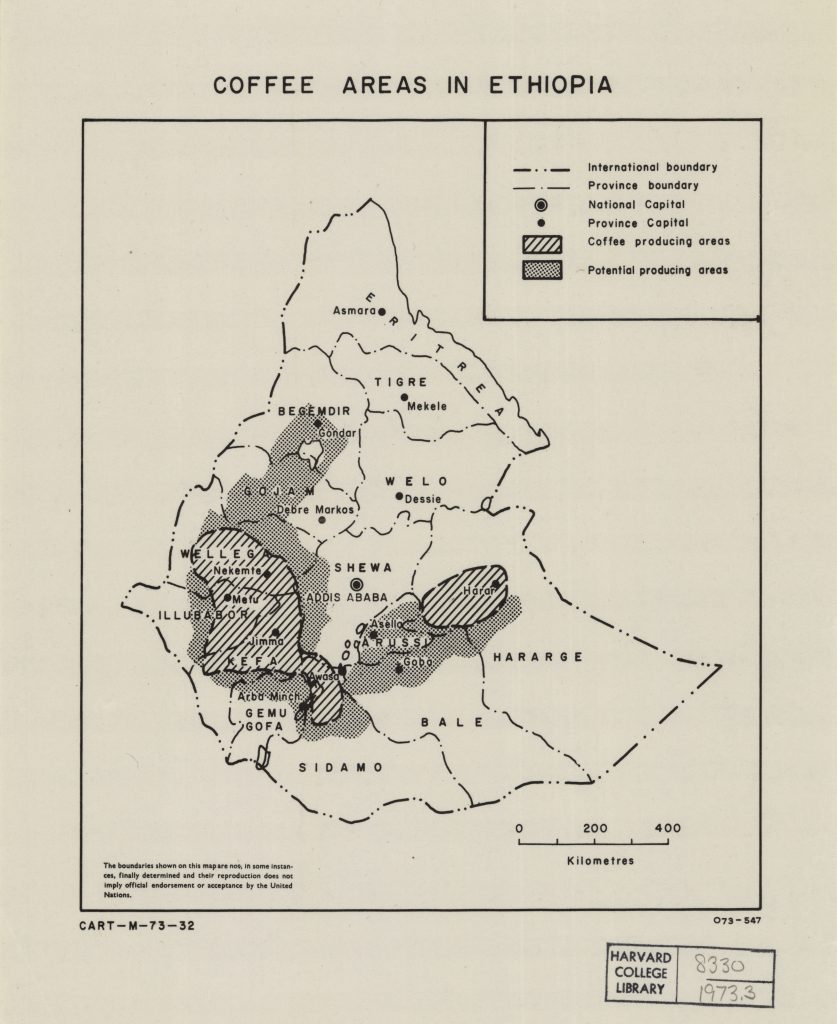