The city burned despite, as this map shows, having developed a city-wide alert system for fires in a Royal Proclamation from 12 December 1728. These “Bransignaler”—described in the upper right of the map —used a system of flags, lanterns, church bells, and cannon shots to communicate where the fire was occurring within five regions of the area. Coming so soon after the Klarabranden, this map reminds its viewers to be prepared and to know their warning signals. 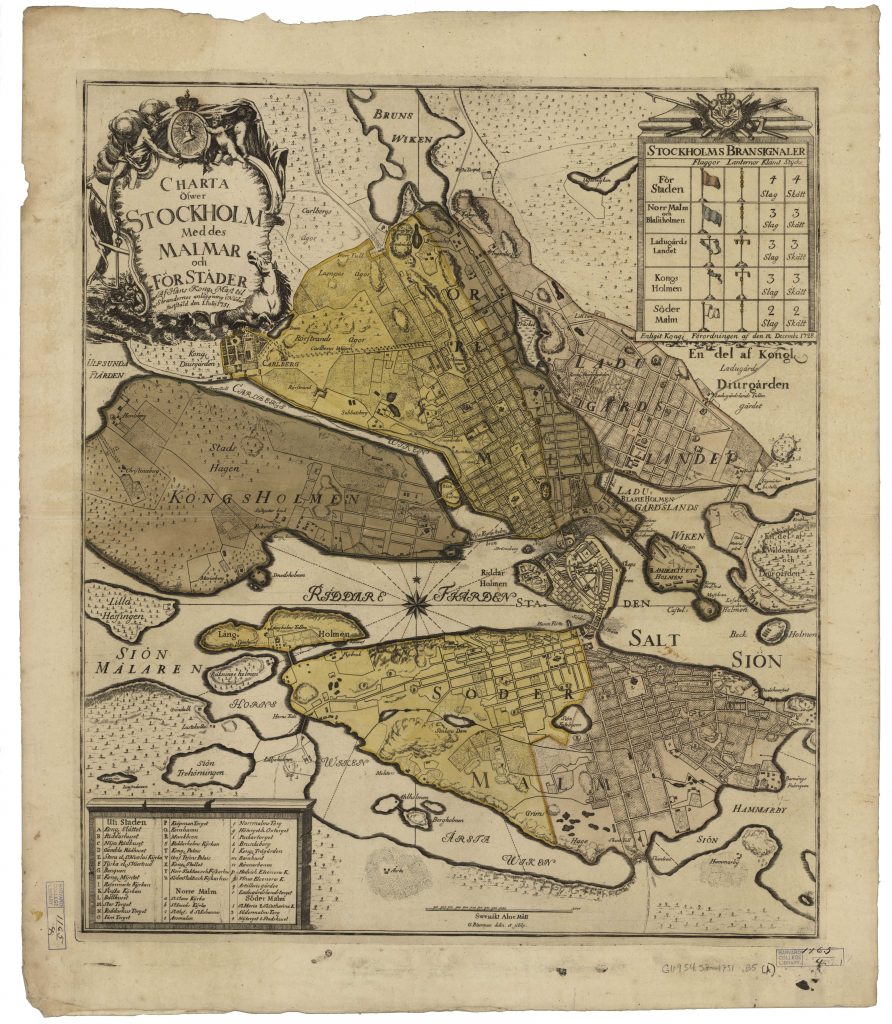