The eruption and outpouring of lava—now referred to as Laki or Lakagígar—began on 8 June 1873 and continued until February 1784 from Mount Laki, a relatively benign location compared to the more active Hekla. The consequences were devastating. The lava poisoned the land killing nearly half of the country’s livestock, which caused a famine that killed a fifth of Iceland’s fifty thousand residents.

The eruption also attracted scientific attention. Both Benjamin Franklin (in 1784) and Morgue de Montredon (in 1783) independently speculated that the aberrantly cold winter in Europe and North America resulted from the widespread sulphuric dry fog coming from Iceland’s volcanoes. In his 1785 Short Description of the New Volcanic Eruption in Iceland in 1783, the Danish Magnús Stephensen drew on his own travels to Iceland in 1784 to combine a testimony of the wreckage in Iceland with a scientific account of the source of the eruption, the nature of its lava, and the mechanics of volcanoes. 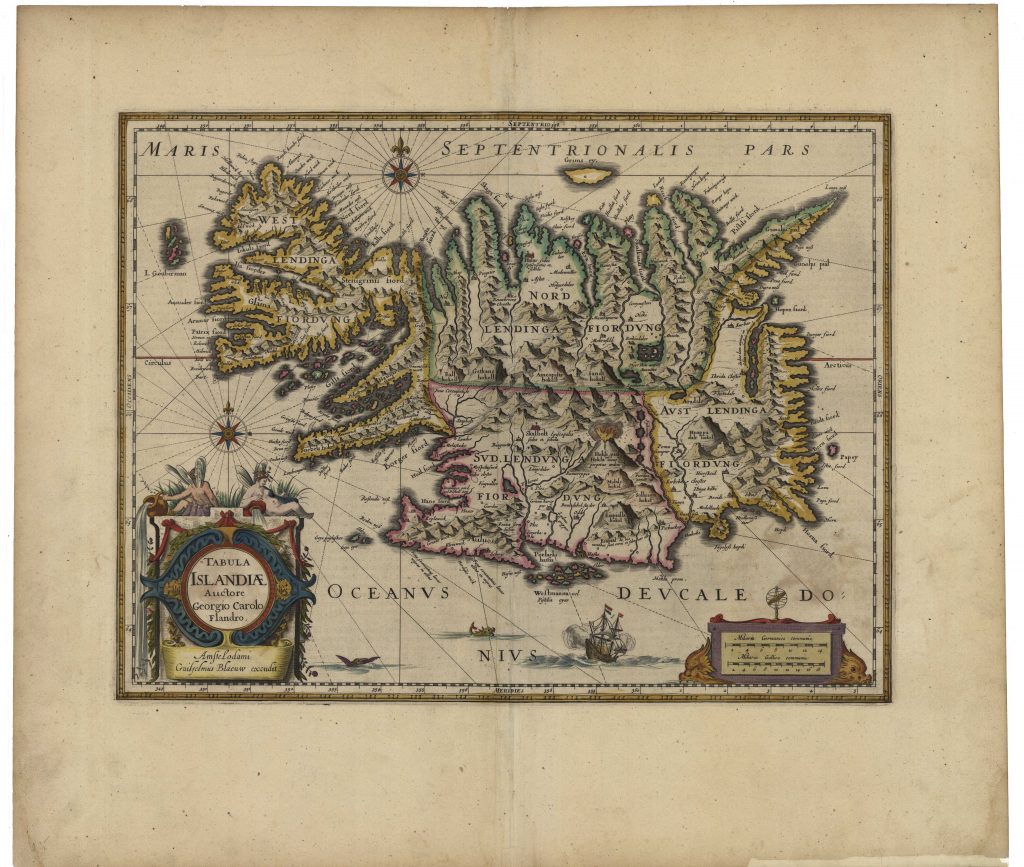 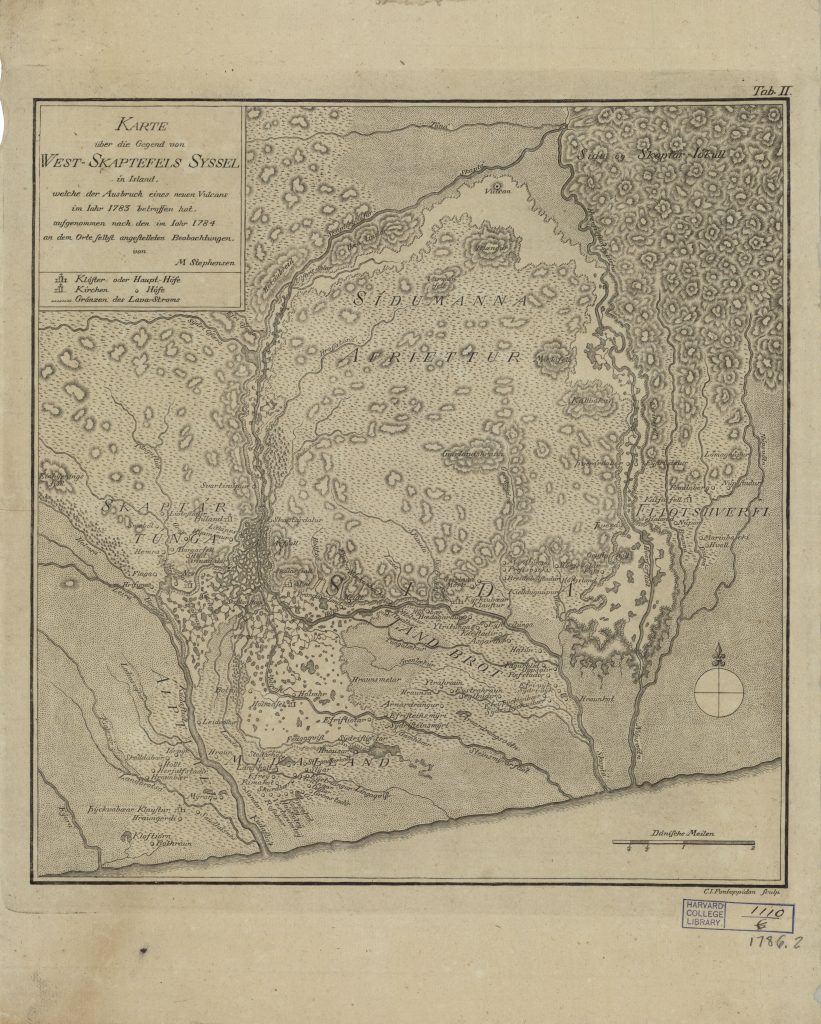 “All that day and night the thunderous crashing was so great that everything shuttered and shook, and the earthquakes made every timber crack again and again. The entire area between Árfjall and the uplands of Skaftártunga appeared as one great conflagration and the fire was still churning in the orifice mentioned earlier. With several companions I went over to the canyon. The flood of fire flowed with the speed of a great river swollen with meltwater on a spring day. In the middle of the flood of fire great cliffs and slabs of rock were swept along, tumbling about like large whales swimming, redhot and glowing”

Jón Steingrímsson (1728-1791) was a Lutheran clergyman who led a church in the Síða district not far from the Laki eruption. His diary of the events combines precise, scientific descriptions with Christian interpretation of their meaning for him, his church, and the world. He, for instance, suggests that his reader understand the eruption as a “sort of reflection and reminder of the end of the world and the Doomsday fires.” At other moments, he enumerates the timeline of the death of the specific plants and animals around him. His autobiography, in which this diary features, remained unpublished as a manuscript among his descendants until 1913.