When Mt. Vesuvius erupted in 79 C.E. on the Bay of Naples in southern Italy, the residents of nearby Roman cities were taken by surprise. A thick layer of hardened lava had blocked the crater, causing gasses to build up immense pressure. Small tremors were felt in the days leading up to the event, but the volcano had not erupted for nine hundred years. At midday Vesuvius sent a cloud of gas and superheated rock over twenty kilometers into the air. Pompeii went into darkness.

Throughout the evening, ash and pumice fell on Pompeii, trapping residents under collapsing roofs, while earthquakes further damaged buildings. Later that night, the thirty-kilometer-high volcanic cloud began to collapse, sending a pyroclastic surge down the volcano’s slopes at speeds up to 400 kilometers per hour into the city of Herculaneum, instantly killing anyone exposed to its 400°C temperatures. By early morning, surges of rock and gas had reached the larger city of Pompeii, killing any residents there who had not already fled or perished. In the end, the entire city of Pompeii was buried beneath volcanic debris that was up to five meters deep, and Herculaneum was buried beneath debris reaching an astonishing twenty meters in depth. They were not fully rediscovered until the eighteenth century. 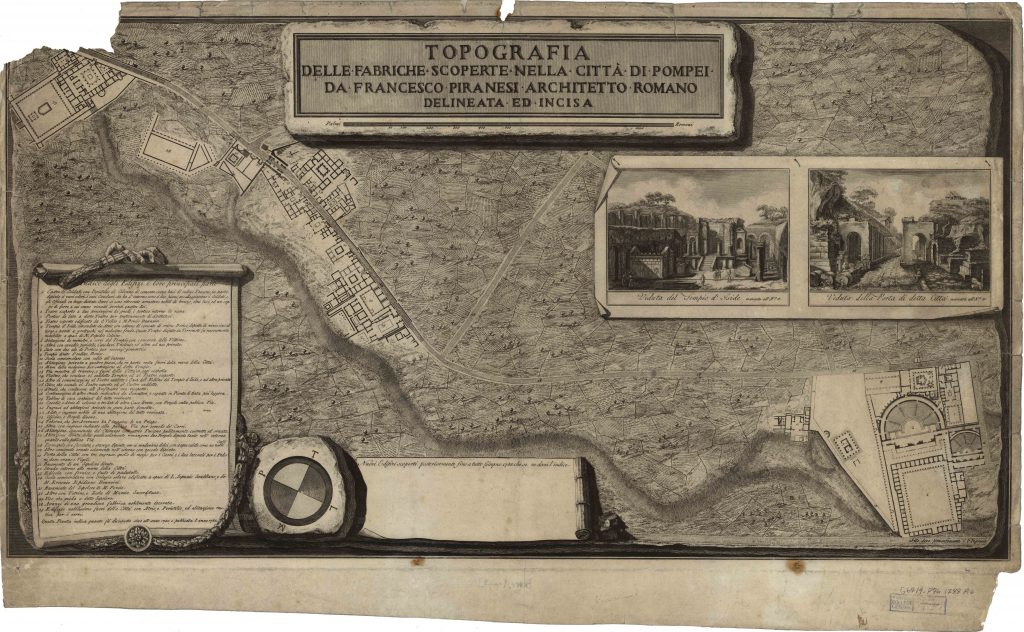 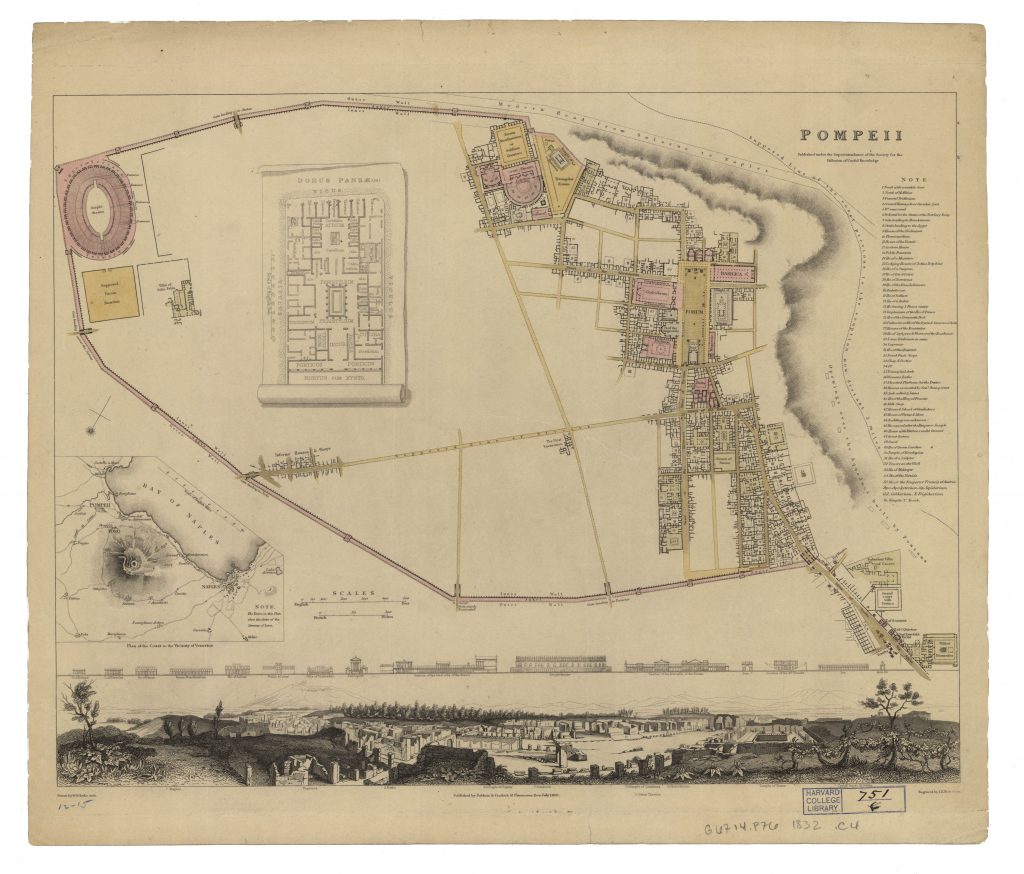 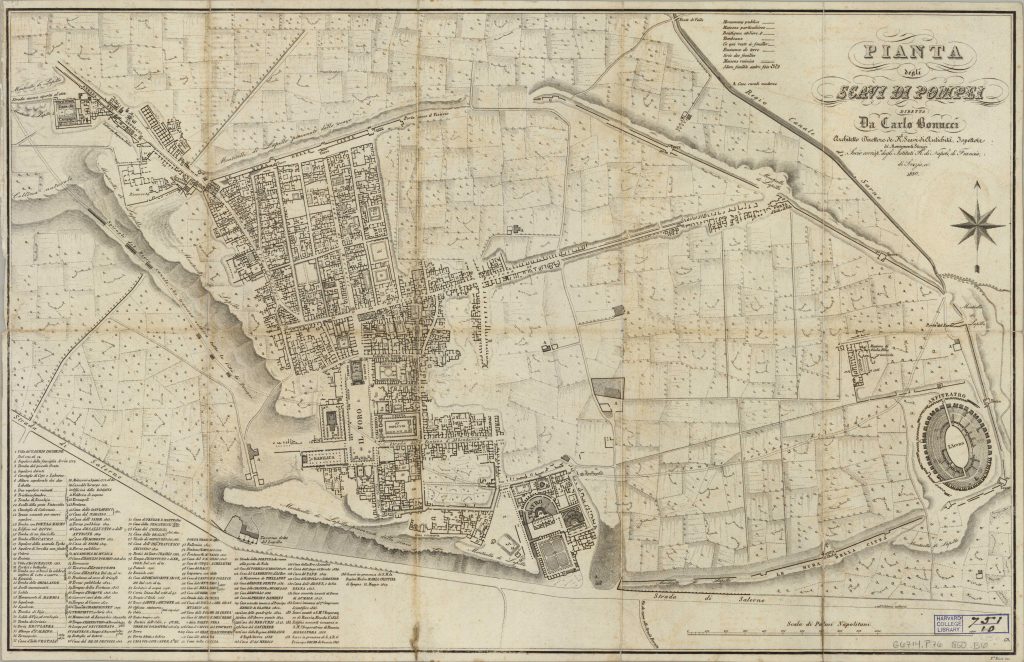 “The sea seemed to roll back upon itself, and to be driven from its banks by the convulsive motion of the earth; it is certain at least the shore was considerably enlarged, and several sea animals were left upon it. On the other side, a black and dreadful cloud, broken with rapid, zigzag flashes, revealed behind it variously shaped masses of flame: these last were like sheet-lightning, but much larger…You might hear the shrieks of women, the screams of children, and the shouts of men; some calling for their children, others for their parents, others for their husbands, and seeking to recognise each other by the voices that replied; one lamenting his own fate, another that of his family; some wishing to die, from the very fear of dying; some lifting their hands to the gods; but the greater part convinced that there were now no gods at all, and that the final endless night of which we have heard had come upon the world.”

Pliny the Younger’s (c. 61-112 C.E.) two letters to the historian Tacitus narrating the eruption of Mt. Vesuvius are the only surviving first-hand accounts of the destruction of Pompeii and Herculaneum. Pliny, who was about 18 years old at the time, was living with his mother and uncle in Misenum northwest of Mt. Vesuvius. His vivid description of the events leading up to and during the volcanic eruption, along with evidence from the archaeological and geological records, have allowed researchers to reconstruct a detailed timeline of Pompeii and Herculaneum’s destruction. During the eruption of Mt. Vesuvius, Pliny the Younger and his mother were eventually forced to flee Misenum. His uncle, Pliny the Elder, died while trying to rescue people from nearby Stabiae.