Harnessing the resources already in place from World War II, both the Japanese and US governments rapidly began to study the effects of the bombing campaigns on Japan. Although both governments surveyed the whole country, interest then and now orbited around the new and devastating bombs dropped on Hiroshima and Nagasaki. A US bomber dropped the first of these atomic bombs on Hiroshima just before 8:15am local time on 6 August 1945. The report for the US government from the following year asserted that the bomb and its fires destroyed 60,000 of the 90,000 buildings and killed nearly 66,000 of the 255,000 people that had not fled during the war. In his full-issue account of the aftermath in the 31 August 1946 issue of the New Yorker, John Hersey reported a tentative guess of 78,150 deaths, a number that more likely meant 100,000 people had died within two months from the bomb, fires, and radiation. 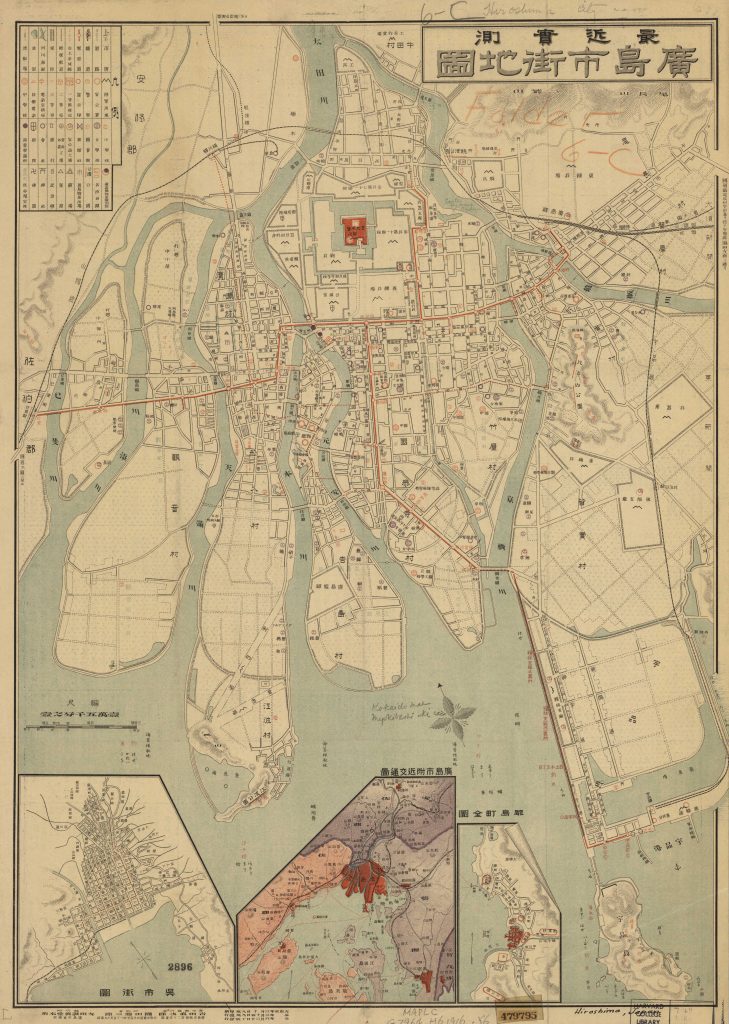 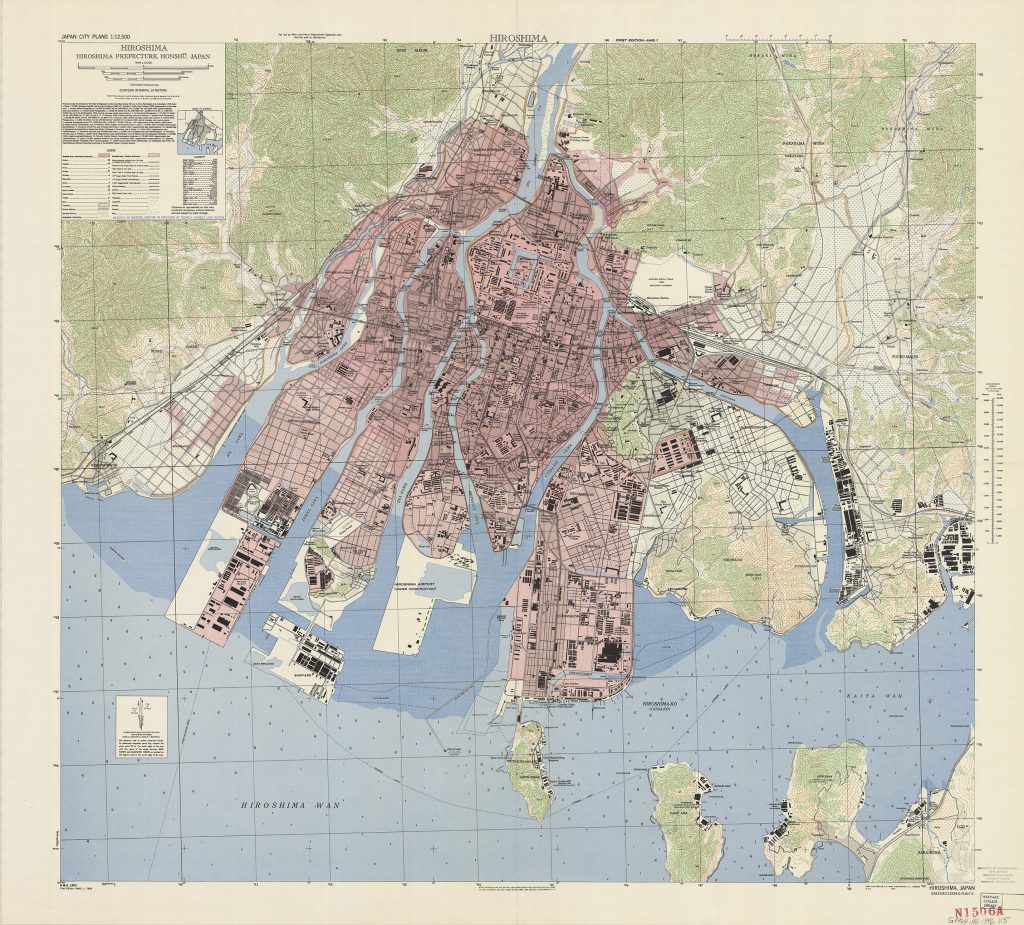 “The bomb had not only left the underground organs of plants intact; it had stimulated them. Everywhere were bluets and Spanish bayonets, goosefoot, morning glories and day lilies, the hairy-fruited bean, purslane and clotbur and sesame and panic grass and feverfew. Especially in a circle at the center, sickle senna grew in extraordinary regeneration, not only standing among the charred remnants of the same plant but pushing up in new places, among bricks and through cracks in the asphalt.”

John Hersey shared the stories of six survivors of the bomb. Toshiko Sasaki had her legs crushed under a building and was left untreated for days. Here, Hersey recounts what she saw in encountering the blast site a month later. 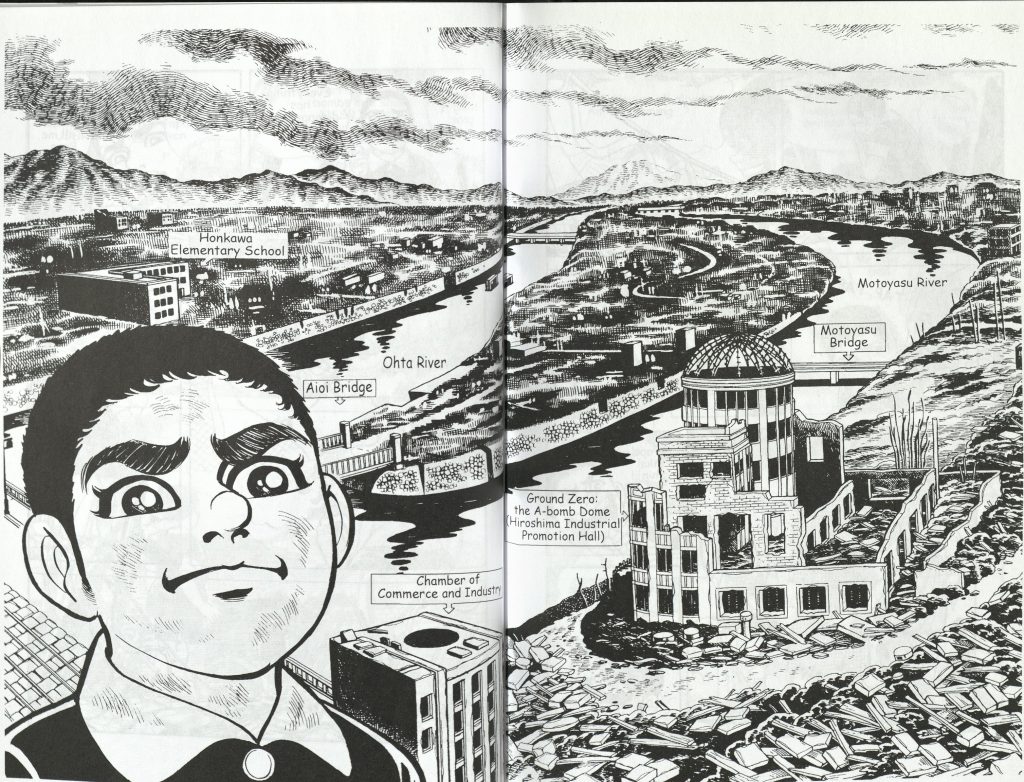 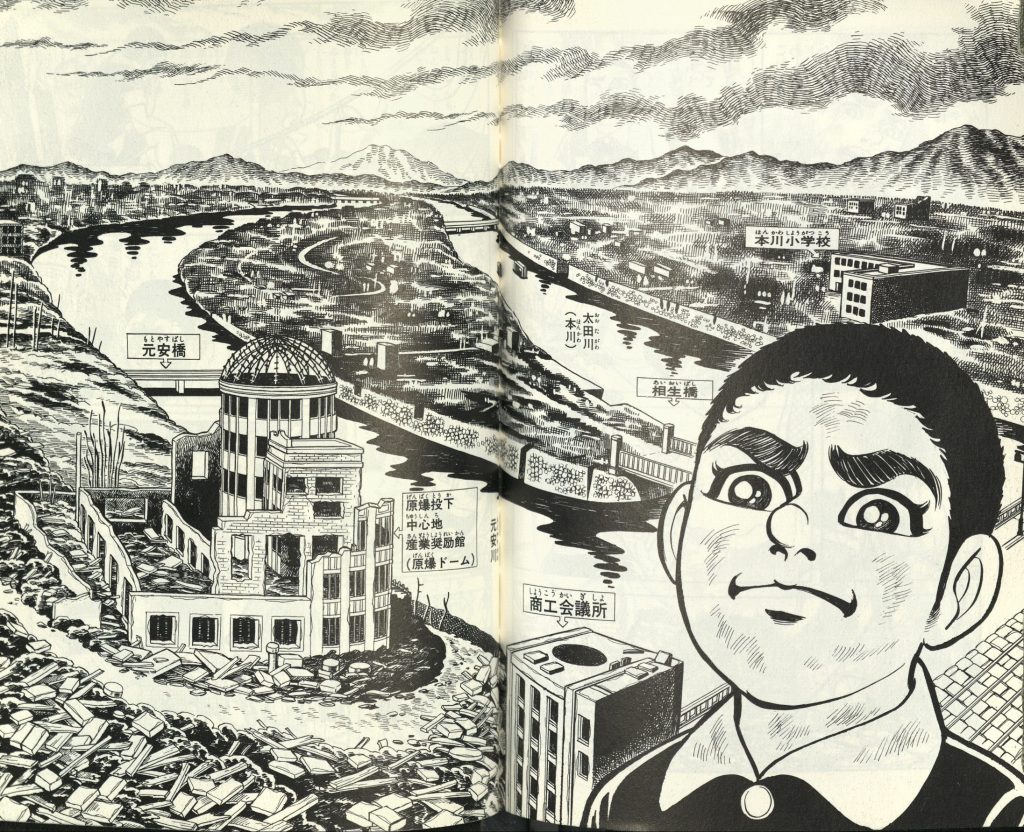 Keiji Nakazawa (1939-2012) was six when the bomb exploded about a kilometer from his home. He and his mother had to leave his father, brother, and sister to die in their burning and collapsed house. Barefoot Gen, now totaling ten volumes, began to be serialized in magazines in the 1970s and was later expanded and published as books. They have been translated into English by Project Gen. This view of the city—in the English and Japanese versions—juxtaposes the face of the individual victim with the scale of the city’s devastation.