As soon as Germany invaded Poland on 1 September 1939, the Polish capital of Warsaw came under steady aerial attack. But, even amidst this assault, the non-stop incendiary bombs that the German Luftwaffe dropped starting on 25 September initiated a new form of aerial warfare. By obliterating the city’s water mains and water works en masse, the Luftwaffe left the Polish army and city’s residents with little means to stop the fires as they tore through the city. By the end of September, about twelve percent of Warsaw’s buildings had been destroyed, largely from the Luftwaffe’s bombs. By the end of the war in 1945, a full eighty-four percent of the city had been destroyed. In these maps we can see how the city rebuilt itself in its own image and self-consciously framed its layout in defiance of the war-time damage. 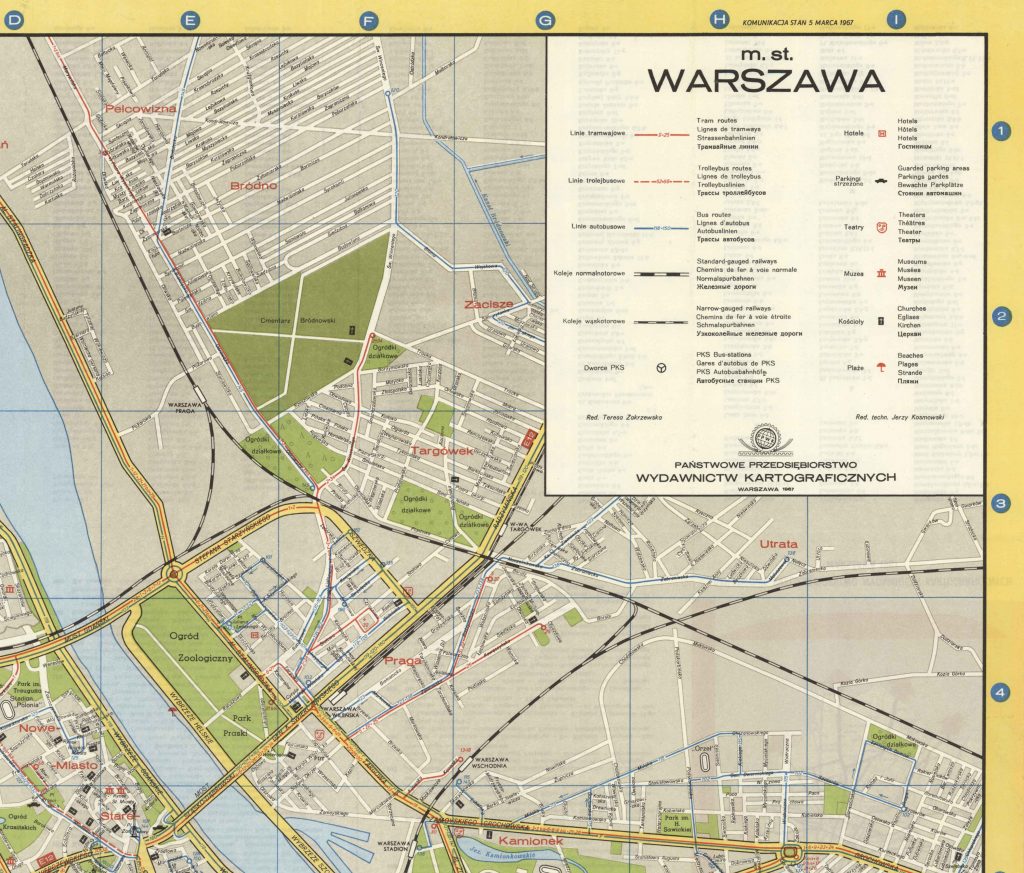 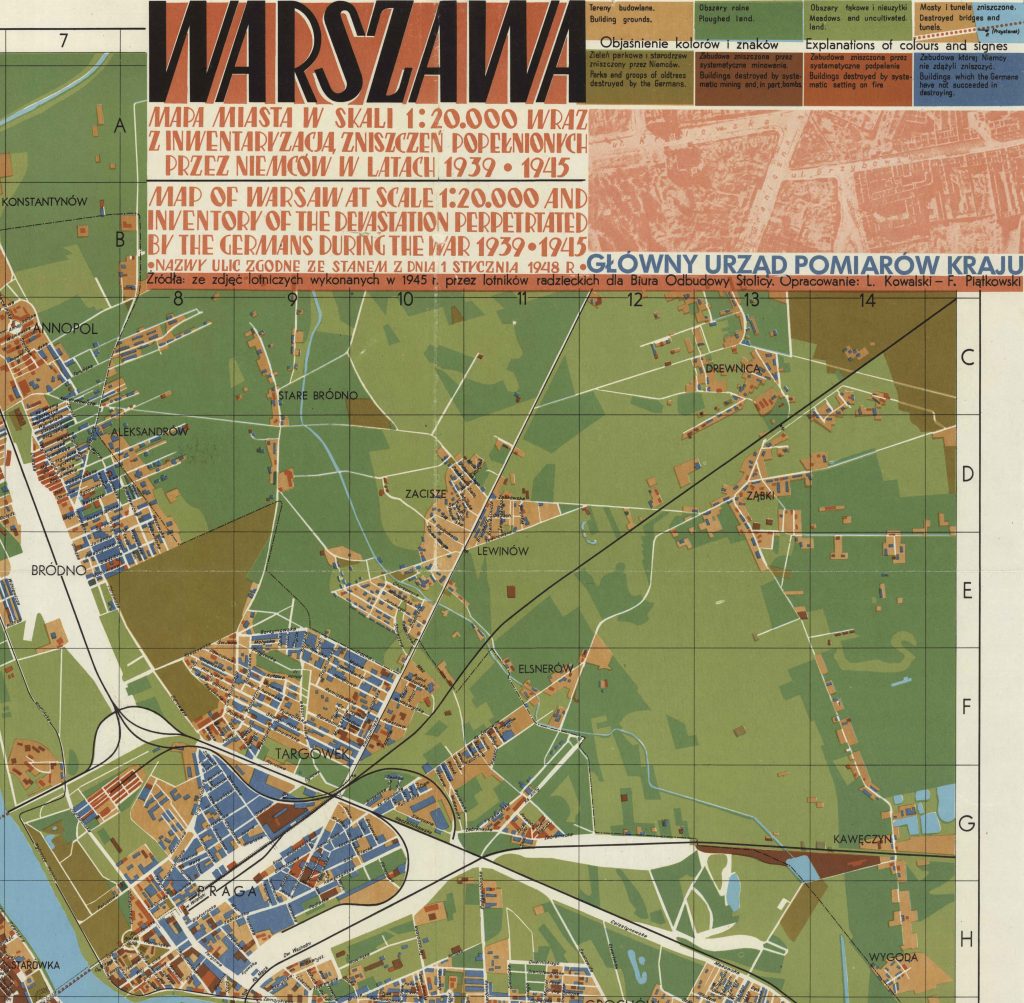 “We went from H. Q. to the port on the Vistula. Warsaw, our beloved Warsaw, burned like a torch. In the whirling smoke, in the sudden puffs of black cloud when some roof falls in with a crash that can be heard above the roar of the flames, Warsaw burns. The Royal Castle burns brightly. This time they can’t save it—there is nothing with which to put out the fire. Slowly, in the falling darkness, which spreads itself over the Polish capital, the fire grows ever redder, ever more blood-like. The Vistula reflects it and thus between two fires in the clouds and in the water the old castle burns”

Under the pseudonym Stanisław Ordon, Stanisław Rostworowski (1888-1944) published Łuna nad Warszawą (Fire Over Warsaw) in Polish in Edinburgh in 1941. Fay Carmichael Anstruther translated the work into English in 1942 through the Scottish-Polish Society. His description of the 1939 Siege of Warsaw sought to keep Britain alert to the evils of the Germany Army and to warn, in particular, of the threat to the Jewish community in Warsaw. Written as a diary of the events, it covers 7 September through 28 September, from the initial bombings of through the day after the surrender. This passage describes a walk he made on 22 September.